Are you ready to take control of your dog training? 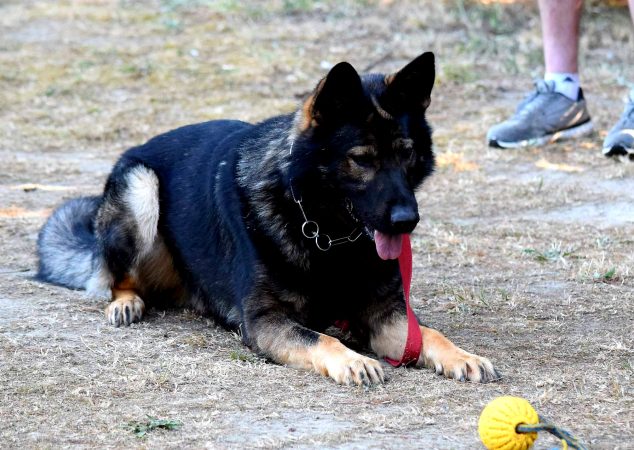 Many times, rewards are taken for granted, and the assumption is that the reward we offer to our dog is rewarding solely because the trainer says it is with little consideration for what the dog feels and exhibits in its behaviour.

A reward is only as good as its value to the dog. Too often, our perception of a reward being rewarding is, in fact, not rewarding or satisfying. The value a dog holds in the reward is something that is built by desire, propagated by pleasant association and the motivation it creates due to necessity like hunger or genetic compulsion – to chase and engage anything that moves.

Take food, for example; we ask our dog to sit still, place the food bowl on the ground so that the dog can eat it. The motivation to eat will depend mainly on the dog state of hunger or how much of a pleasant taste it provides, so palatability is essential for motivation alongside hunger. At the core of that mouth full of food and when the unpleasant feeling of hunger decreases, a pleasant feeling is established just like a human would say ‘yum’. At the very core of that ‘yum’ the earliest brain processing in a rewarding experience is the release of the chemical dopamine by the nerve cells, the neurons in the mid-brain.

Neuroscientist used to think that dopamine was the single chemical of pleasure. Now they understand that dopamine handles one particular but very specific part of a broader pleasurable experience.

Dopamine tells the brain whether the reward is ‘salient’ noticeable – substantial, and when a reward is better than expected. Dr David reddish of the University of Minnesota explains dopamine’s role like this.

Let’s say you are at a vending machine, and you want to buy an item to consume, so you put in your money, and due to a freak on vending machine physics, you get two items to eat. This unexpected event is when the mid-brain releases dopamine. Dopamine tells the brain when a reward is delicious, better than expected and to pay attention to that reward because it may be better than other things in the past.

So, let’s say you put additional money into the vending machine and this time you get one item. This time the mid-brain does not release any excess dopamine. It is not that the thing you eat does not taste good; it’s just not a reward that was better than expected.

To push your luck, you put more money into the vending machine and this time you get nothing to eat, this time the neurons in the mid-brain release much less dopamine because this reward was worse than expected. It is in this way that dopamine acts as a learning signal to help the brain identify, prioritise, and then anticipate new and unexpected rewards over older predictable rewards. Dopamine is a chemical of pleasure, but it handles one specific piece of pleasure. Dr Terry Robinson and Dr Kent Barrage of the University of Michigan believe dopamine is more about drug wanting than drug liking. It is the first of what will be a series of neurochemicals a kind of hedonic cascade that will create that more considerable pleasurable experience.

What all-natural pleasure have in everyday things like food and sex is their ability to release dopamine, but drugs cause huge surges of dopamine far higher than the brain was ever meant to handle. Drugs fool the brain into the thinking that they are much better than expected. Every time the addict uses the drug, and they get that surge of dopamine, their brain receives a message that the drug is better and better than expected even though it’s not. It then has more significant survival value even though the drug doesn’t deserve that survival value and it goes higher and higher on the survival priority list, and the drug climbs the survival list until finally, it is in the number one spot.

Now for the addict, the drug is survival, and it’s this irrational assignment of value that lays in the very heart of the most frustrating but fascinating features of addiction, persistent drug use or gambling despite the negative consequences.

In quality dog’s high-value rewards are addictive and provide that irrational value assignment. In police and competition dogs, we want the dogs that perceive engagement with offenders or decoys as a pleasant experience, and a pleasant event also follows an aversive event.

Let’s examine traditional marker training, and the way rewards are delivered. Many people reward their dog during training with food that is with one kibble at a time after every click. In this experience, the dog develops an expectation, an expectation that predicts a click is always followed by one repetitive, boring piece of kibble.

If you are attempting to build intense desire in your dog, then one kibble at a time will become predictable and boring.

Balls and positive interactive activities release high levels of dopamine in the brain higher and above than usual because prey drive reward is intoxicating and better than expected, ultimately becoming the most senior rewarding event. It intoxicates a dog’s mental framework and makes it difficult to manage much like a gambler or drug addict addicted to their vice.

This is why using high-value stimuli like balls and tugs as a rewarding agent during the learning of behaviour proves very difficult but is highly beneficial after the dog understands the target behaviour. Imagine trying to teach a gambler or drug user to focus on algebra while intoxicated or trying to explain to your two-year-old child English Literature, while their friends are happily playing and eating sweets in the background.

This is an essential aspect of recognising when training your dog because learning must be conducted in a low drive and calm state so that the dog thoroughly understands the exercises.

Additionally, when you reward with a high-value item all your helping tool implementation, leads, props, markers must be well thought out and prepared in advance to take advantage of and manage this highly elevated state. Under no circumstances can you expect the dog to learn an exercise with precision when intoxicated with the expectation of a high-value reward like a ball or sleeve, which creates an enormous expectation and euphoric emotion. All it will do is elevate drive levels to an uncontrollable point and force the handler to act irrationally. It should be arranged step by step so that the reward system remains as it should be, rewarding as expected or better than expected using the element of surprise or compliance. Use food for precise shaping of behaviours and the high-value agent to increase motivation.

Most importantly ensure that you classically condition that food leads to ball or decoy/helper engagement, i.e., reward.